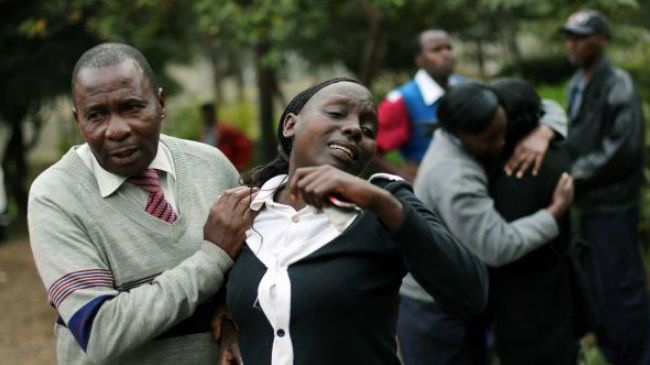 Al-Shabab fighters in Kenya claim some 140 hostages have been killed during the siege of the Westgate shopping mall, in the Kenyan capital, Nairobi.

The al-Qaeda-affiliated militants made their claims on Wednesday, accusing the security forces of using chemical agents to end the four-day deadly mall standoff.

However, the officials have not verified the claims yet.

Early this week, the heavily-armed al-Shabab militants raided the Israeli-owned Westgate shopping center taking hostages and holding onto the mall for four days.

Kenyan President Uhuru Kenyatta said late on Tuesday that the mall siege was over after six attackers were killed and 11 others arrested by Kenyan security forces.

He also declared three days of national mourning, came into effect on Wednesday.

Kenyatta went on to explain that, “Three floors of the mall collapsed, trapping several bodies within the rubble including those of terrorists.”

According to Kenyan Red Cross, more than 60 people were killed in the hostage taking drama, plus six members of the security forces, with some 63 people still being reported unaccounted for.

Meanwhile, the death toll would likely rise as the clearing of the mall goes on, Kenyan police admitted.

According to the African country’s Standard newspaper, tens of bodies were removed from the rubble on Tuesday evening.

Some security troops and explosive experts have also been deployed to the scene to search inside of the building for any “additional armed men or any potential explosive devices left behind,” the president added.

The al-Shabab militants, the majority of whom are reportedly from Somalia, said the attack on the shopping center was in retaliation for the presence of Kenyan troops in Somalia.