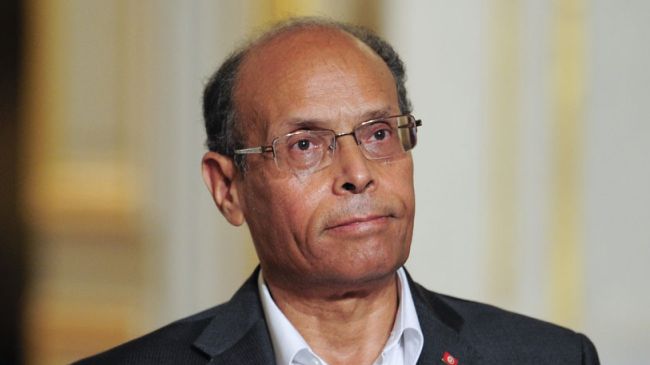 Tunisian President Moncef Marzouki has called on Iran to help find a political solution to the crisis in Syria.

“We have to stop this; this is the main problem: find and reach a political solution. I hope Iran now with President [Hassan] Rouhani would help,” Marzouki said on the sidelines of the annual United Nations General Assembly meeting, Reuters reported.

“We have to put the pressure on our friends all over the world, but the nightmare of the Syrian people must stop,” Marzouki added.

The Tunisian president’s call comes as Rouhani said earlier in September that Iran is ready to facilitate talks between the Syrian government and the foreign-backed opposition.

“I announce my government’s readiness to help facilitate dialogue between the Syrian government and the opposition,” the Iranian president wrote in an op-ed in the Washington Post on September 19.

According to the United Nations, more than 100,000 people have been killed and a total of 7.8 million of others displaced due to the violence.

In a recent statement, the United Nations High Commissioner for Refugees said the number of the Syrian refugees who have fled the country’s 29-month-long conflict has reached two million.