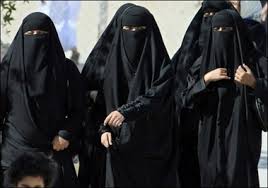 Activists in Saudi Arabia have begun a new campaign against the government ban on driving by females, calling on women to observe a day of defiance next month against the restriction.

The “October 26 Driving” campaign said on Monday that it had gathered 8,700 signatures for its online petition published on September 21, Reuters reported.

The campaign urged women to get behind the wheels on the day in defiance of the ban and put the campaign’s logo on their cars. It also called on women to learn driving and asked their family members to support them.

“If the state refuses to lift this (driving) ban on women, we call on it to offer citizens its justifications for the ban,” the campaign’s online petition reads.

“The state is not a father or a mother and the citizens are not children,” it added.

In 2011, dozens of women took part in “Women 2 Drive” campaign, challenging the ban. They posted pictures and videos of themselves while driving on internet social networks.

Police briefly detained some of the female drivers; two women also faced charges. They were freed, however, after being forced to sign a pledge not to defy the ban again.

Saudi Arabia is the only country in the world where women are prohibited from driving. The medieval ban is not explicitly stated by law but is enforced across the country.