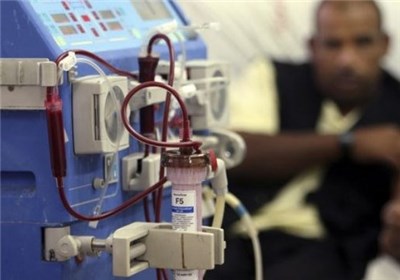 TEHRAN (Tasnim) – The Palestinian Minister of Health in Gaza announced that hospitals throughout the Gaza Strip are running dangerously low on lifesaving medications and equipment.

“Of the medicines on the essential drugs list,” said Dr Mofeed Mokhalalati, “145 items have completely run out.”

Dr Mokhalalati urged the international community to put pressure on both Israel and Egypt to lift the siege that has put a stranglehold on the economy of Gaza since 2007.

In addition, he called on the International Committee of the Red Cross, the UN Organization for the Co-ordination of Humanitarian Affairs and the World Health Organization to intervene, International Middle East Media Center reported.

After the 2011 revolution in Egypt, there was some easing of the siege from the Egyptian side, but the new Egyptian government reinstated the closure of the Rafah border crossing, which had become the only means of entrance or egress for the vast majority of Gaza residents.

The borders with Israel remain closed, with only a trickle of commercial goods allowed through the Karam Salam crossing in the eastern Gaza Strip. Exporting of Gazan goods is a virtual impossibility, and the economy of Gaza has suffered a disastrous decline as a result.

The statement by Dr. Dr Mofeed Mokhalalati, the Gazan Health Minister, also noted that there are around 1,300 patients who are in Gaza awaiting treatment in Egypt. They have been unable to exit since the Rafah crossing was closed.

Since Israel destroyed one of Gaza’s only two power plants in 2007, and the Israeli government has since that time prevented the import of materials to construct a new one, rationing of electricity has become a daily routine of life for the residents of the Gaza Strip – indeed, for six year old children, it is the only life they have ever known.

Close to one half of the Gaza Strip’s 1.5 million residents are children under the age of eighteen.