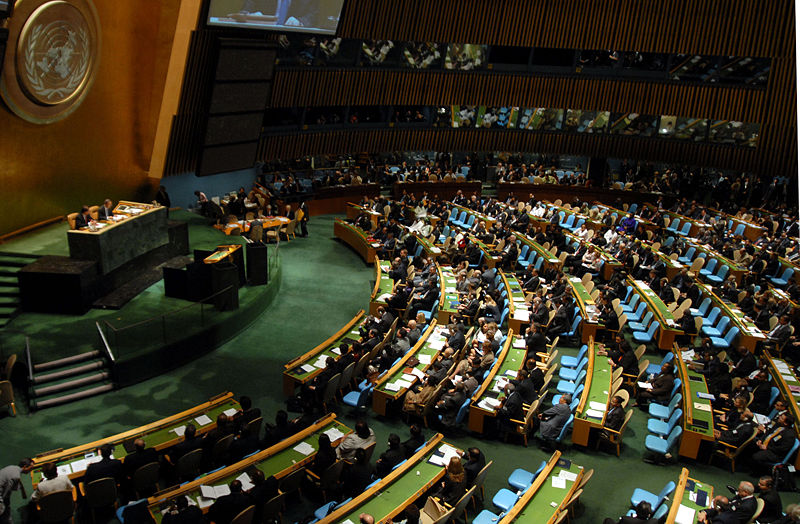 TEHRAN (FNA)- The atmosphere reigning over the talks between Iran and the Group 5+1 (the five permanent UN Security Council members plus Germany) has completely changed both in form and the content, an informed source privy to the Iranian team of negotiators said on Monday.

“Following the presidential election in Iran and other regional and international developments, the atmosphere reigning over the negotiations between Iran and the G5+1 has fully changed from what existed before; therefore the nuclear negotiations cannot move in its previous direction neither in form nor in content,” the source, who asked for anonymity, told FNA today.

The source noted the transfer of the leading role and responsibility for Iran’s nuclear issue from the Supreme National Security Council to the Foreign Ministry, and said, “Mr. (Mohammad Javad) Zarif (the Iranian foreign minister) will declare the views of the new Iranian government about how to proceed with the talks as well as the agenda of the talks to Ms. (Catherine) Ashton (the EU foreign policy chief) in his today meeting in New York at 9:00 (New York time, 16:30, Tehran time).”

The source stressed that Rouhani’s government will not give up even an iota of the Iranian nation’s nuclear rights, and, meantime, said, “New conceptual frameworks and operational approaches should be defined to produce a win-win game in the end.”

“Therefore, the question ‘in whose court the ball is’ is no more a proper question to ask,” he continued.

In relevant remarks on Sunday, Iranian President Hassan Rouhani stressed Tehran’s preparedness to sit to the negotiating table with the western states, including the US, but meantime, said such talks should be held based on mutual respect and without any preconditions.

“We are ready (for talks with the West) provided that no preconditions are there for negotiations and we will negotiate with the West only on an equal footing and based on mutual respect,” Rouhani said addressing the Iranian Armed Forces during the annual military parades in Southern Tehran.

“In these negotiations, all the Iranian nation’s rights, including the nuclear rights and the right of enrichment on Iran’s territory, should be accepted within the framework of the international rules and regulations,” he added.

He stressed that if the opposite party acknowledges Tehran’s rights, the Iranian nation will respond to them with cooperation and “in such a case we will be able to settle the regional and international problems”.

Also on Tuesday, Supreme Leader of the Islamic Revolution Ayatollah Seyed Ali Khamenei said that he has long held belief in “heroic flexibility” in domestic and foreign policy, but he also cautioned that the tactic which is very necessary on some occasions should only be practiced after one gathers deep insight about the nature of his/her rivals and their goals.

The Supreme Leader underlined his support for correct and logical moves on the scenes of foreign and domestic policy.

“I agree with the issue that I called some years ago as heroic flexibility since this move is highly good and necessary on certain occasions, but with commitment to one main condition,” Ayatollah Khamenei said, addressing high-ranking commanders and veterans of the Islamic Revolution Guards Corps (IRGC) in Tehran.

He described apprehending the opposite side’s nature and gathering a correct understanding of his goal-setting as the main condition for using the heroic flexibility tactic, and said, “A technical wrestler also shows flexibility for technical reasons sometimes, but he would never forget who his rival is and what his main goal is.”

Ayatollah Khamenei underlined the necessity of complete loyalty to Islam and revolution values, saying whoever is more loyal to the main message of the Islamic Revolution and can analyze the enemies’ plots and behavior within the framework of the hegemonic system’s challenge with the Islamic Revolution will be further exposed to the arrogant powers’ fury and wrath.