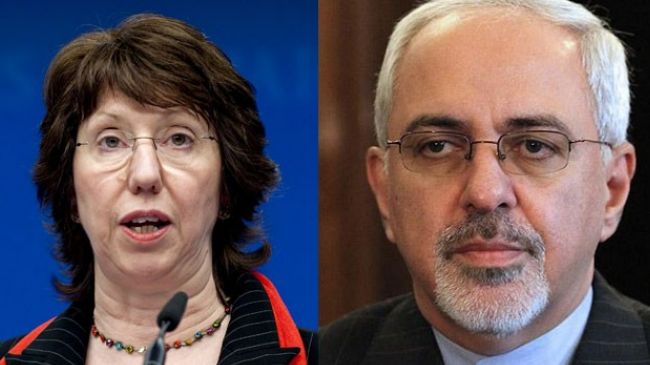 The top Iranian diplomat, who is on a visit to New York, is slated to sit down with Hague on Monday on the sidelines of the 68th session of the UN General Assembly.

The meeting has been arranged at the request of the British Foreign Office.

London unilaterally cut off its ties with Tehran in November 2011 after hundreds of Iranian students staged a protest outside the British Embassy in Tehran and pulled down the UK flag. The protests followed a decision by the UK to impose sanctions on the Central Bank of Iran.

Zarif will also meet with Ashton to discuss the resumption of negotiations over Iran’s nuclear energy program.

The top diplomat expressed hope on September 20 that his bilateral meetings would be fruitful for the Iranian nation.