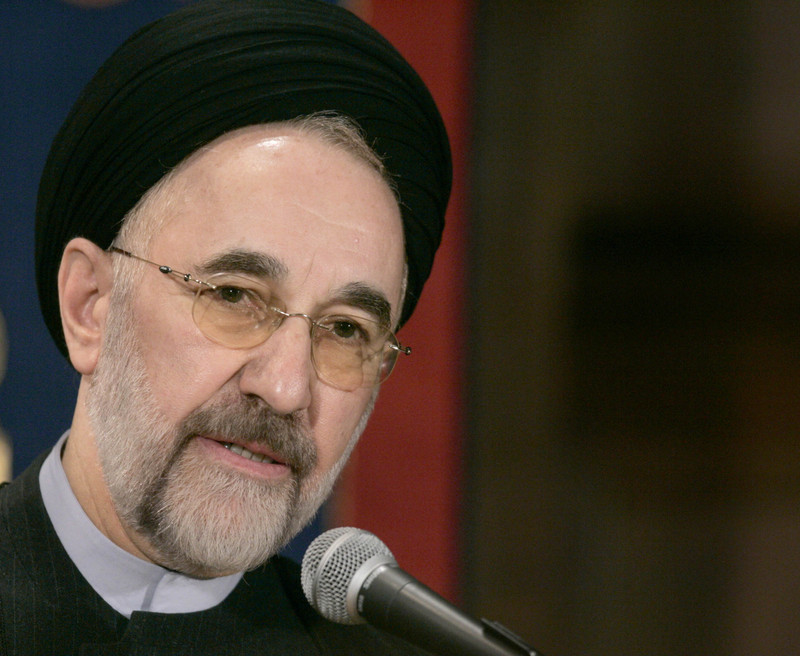 Iran: This time, the west must not turn its back on diplomacy

President Rouhani’s UN speech can reignite the diplomacy that over a decade ago I saw was the only path to a better world.

As Hassan Rouhani, the president of the Islamic republic of Iran, prepares to deliver a speech on Tuesday to the UN general assembly, advocating “constructive engagement” with the world, I reflect on my own experience as president of this great country, and my attempts to promote dialogue among nations, instead of hostility.

At my suggestion, 2001 was named the UN Year of Dialogue Among Civilisations. But despite reaching a global audience, the message of dialogue barely penetrated the most intractable political dilemmas, either at home or abroad.

More than at any other time in history, events in the Middle East and north Africa have taken on global significance, and there is a great shift in the importance of this region. This transformation, which began with Iran’s 1979 Islamic revolution – a surprise to many in the international community – intensified with the end of the cold war.

Today the Middle East has become a centre for new political, social and ideological forces as well as a site of collaboration and conflict with powers beyond the region. Almost all the problems facing the Middle East and north Africa today have international implications. Iran’s nuclear issue is but one of these, and certainly not the biggest; but in addressing the Middle East’s other problems, much depends on the manner in which this one is resolved.

In order to be successful, any dialogue must use the language of politics and diplomacy. President Rouhani’s platform of prudence and hope is a practical translation of the idea of dialogue among nations into the realm of politics. And this is more necessary than ever at a time when a range of overlapping political crises are threatening global catastrophe.

With the initiative of Rouhani, who enjoys widespread support from almost all segments of Iranian society, I hope this country will succeed in steering a path towards global dialogue.

The opportunity to diplomatically resolve differences between Iran and the west, including the impasse over the nuclear issue, presented itself many years ago during my presidency. That opportunity was missed, for reasons that are now public knowledge.

To understand why, one only needs read the memoirs of Jack Straw, then British foreign secretary, or Mohamed ElBaradei, then secretary general of the International Atomic Energy Agency – or indeed thememoirs of Rouhani, who was then the chief negotiator of the Iranian nuclear delegation.

More than a decade ago, although agreement appeared possible, diplomacy failed. After 9/11, the US initiated costly wars in Iraq and Afghanistan, with Iraq invaded on the false pretext that it was developing weapons of mass destruction. It is no surprise that, in this political atmosphere, diplomacy with Iran ended in failure.

Israel, too, sabotaged the chance for the west to reach an agreement with Iran, by injecting scepticism and doubt at the time. On the eve of Rouhani’s speech at the UN, Israel has again begun a campaign to discredit him because it fears the end of tension between Iran and the west.

Those who are trapped by bitter experience make every effort to disrupt the progress of diplomacy once again. These people fail to realise a simple point about the relationship between domestic and foreign policy.

President Rouhani’s government was elected by a society seeking positive change, at a time when Iran and the wider region was desperately in need of prudence and hope. This vote was not limited to a specific political camp; as well as many reformers, many political prisoners and a significant body of conservatives had a share in Rouhani’s victory. For the first time there is an opportunity to create a national consensus above and beyond partisan factionalism – one that may address the political predicaments of the country, with an emphasis on dialogue and mutual understanding globally.

Explicit public support from the supreme leader of the Islamic republic provides Rouhani and his colleagues with the necessary authority for a diplomatic resolution of a number of foreign policy issues with the west, not just the nuclear issue.

A peace-seeking Iran can contribute as a willing partner not only to solving its own differences with the global powers, but also to overcoming some of the region’s chronic political disputes. But it requires a degree of courage and optimism from the west to listen to the voices of the Iranian people who have been painfully targeted by unjust sanctions, which have threatened the very fabric of civil society and democratic infrastructures.

Failure now to create an atmosphere of trust and meaningful dialogue will only boost extremist forces on all sides. The consequences of such a failure will be not only regional, but global. For a better world – for the Iranian people and the next generation across the globe – I earnestly hope that Rouhani will receive a warm and meaningful response at the United Nations.

Iran today is different from the Iran of years ago, and the consequences of the Islamic revolution are still playing out. Our positive and negative experiences of the past 16 years have added another dimension to the reforms that Rouhani is conducting at both domestic and international levels; they have enriched the Islamic republic’s democratic capacities and added, I very much hope, to the experience of the international community.

The Iranian people’s vote for Rouhani and his agenda for change has provided an unrivalled and possibly unrepeatable opportunity for Iran, the west and all local and regional powers. With a foreign policy based on dialogue and diplomacy at the heart of the Middle East, we can imagine a better world for the east and the west – including the diplomatic resolution of Iran’s nuclear issue, which is utterly feasible if there is goodwill and fairness.