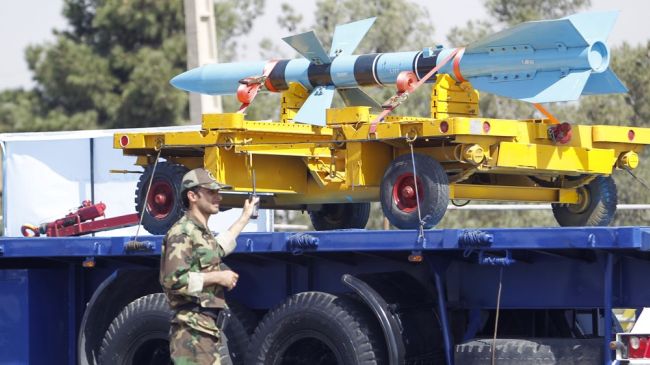 A senior Iranian military official says Iran’s indigenous long-range missiles have turned the Islamic Republic into an “influential power” in the world.

“The Islamic Republic of Iran, with its long-range Qadr (Intensity) and Sejjil (Baked Clay) missiles, has turned into an influential power in international equations,” said Major General Yahya Rahim Safavi.

He made the remarks on Sunday on the sidelines of a major parade held to mark the beginning of the Sacred Defense Week which commemorates the eight-year Iraqi-imposed war of the 1980s.

“Iran’s security strategy in the sensitive Western Asia region is justice-based peace and any plan which is in line with lasting peace and security will be possible with Iran’s presence,” said Rahim Safavi, who is also a senior military advisor to Leader of the Islamic Revolution Ayatollah Seyyed Ali Khamenei, adding, “The Iranian establishment is the flag-bearer of peace in this region and respects all regional governments.”

He also criticized US-engineered sanctions imposed on the country, stressing that Iranian Armed Forces throw their weight behind the government in neutralizing the effect of illegal economic bans.

During the Sunday parade, Iranian Armed Forces displayed their latest military and defensive achievements. Iran’s Khatam al-Anbiya Air Defense Base displayed a number of its hardware at the event.

In recent years, Iran has made great accomplishments in its defense sector and attained self-sufficiency in producing essential military equipment and systems.