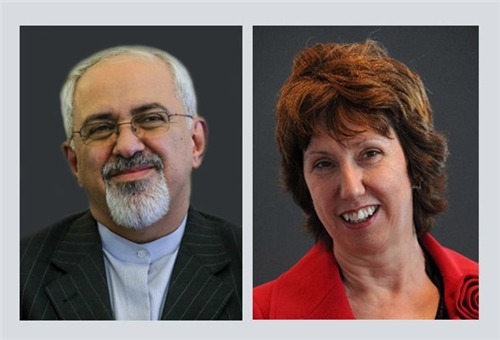 European Union’s foreign policy chief, Catherine Ashton, announced this after her meeting with Zarif at the UN headquarters, AFP reported.

“We talked about a number of important issues, but focused on the nuclear issue. We had a good and constructive discussion,” Ashton said, adding, “I was struck by the energy and determination on the part of the minister.”

Zarif is to join the foreign ministers from Britain, China, France, Germany, Russia and the United States in a meeting, expected to be held on Thursday, to discuss the country’s nuclear energy program.

Ashton added, “We have agreed that he and I will meet with our teams in Geneva in October.”

The top Iranian diplomat, who is on a visit to New York, is scheduled to sit down with British Foreign Secretary William Hague later on Monday on the sidelines of the 68th session of the UN General Assembly.

68th annual session of the UN General Assembly, Iran-P5+1 nuke talks, Iran's nuclear program, Quoted, Zarif meeting with Ashton September 23, 2013
Iran: This time, the west must not turn its back on diplomacy
Iranian-Canadian sentenced to death has been released, his wife says