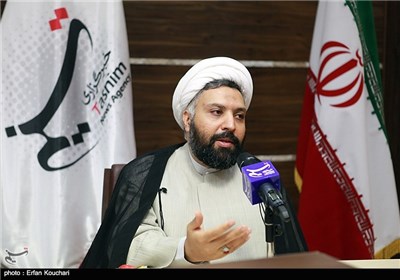 TEHRAN (Tasnim) – An Iranian researcher described the attitude of “heroic flexibility” introduced by the Supreme Leader as a clever strategy to safeguard the country’s national interests.

“Heroic flexibility is an intelligent tactic in order to safeguard and promote the country’s national interests, not more,” Reza Gholami, director of an Iranian institute for Islamic studies, told Tasnim on Monday.

He also noted that the Islamic Republic develops its strategies on the basis of its fundamental goals, and as long as the goals stand such strategies are in place, adding that the policy of heroic flexibility emanates from Iran’s might and its continuance depends on the behavior of the western countries.

The Leader stated on September 17 that he approved of the policy of “heroic flexibility” in dealing with other countries.

Addressing a gathering of the Islamic Revolution Guards Corps (IRGC) commanders and veterans here in Tehran, the Leader said that he endorses “wise” and “correct” measures in domestic and foreign policies, adding, “I agree with what I called a few years ago ‘heroic flexibility’ because this move is very good on some occasions and is necessary, but only with commitment to a main condition.”

The main condition is to thoroughly understand the “nature” of the other side and its objectives, Ayatollah Khamenei added.