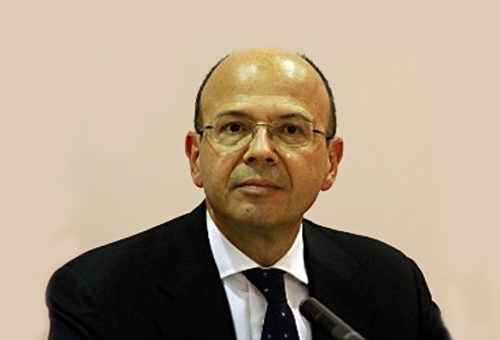 TEHRAN (FNA)- Italian Ambassador to Tehran Luca Giansanti reiterated that dialogue is the only right way to solve the Iranian nuclear issue.

In a meeting with Governor of the Iranian City of Kerman Esmayeel Najjar on Saturday, Giansanti said Italian officials were to practically prove that Tehran was pursuing nuclear activities for peaceful purposes.

The Italian envoy also expressed hope that Iran-West nuclear dispute would be resolved through a peaceful solution.

He then stressed the need for transparency and mutual confidence during bilateral talks between the two sides.

Iran and the G5+1(Russia, China, France, Britain, and the US plus Germany) have held several rounds of talks, mainly over the Iranian nuclear energy program.

The latest round of negotiations between the two sides was held in Istanbul, Turkey, on May 16. Two earlier meetings were also held in the Kazakh city of Almaty on April 5-6 and February 26-27.