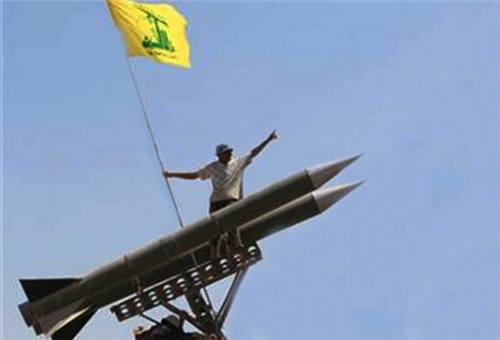 The recent statements of the Zionist regime’s generals reflected their concern over Hezbollah increasing missile power which was estimated by the Northern Corps Commander, Major General Noam Tayfoon, to be the eighth in the world, Al-Manar reported.

Tayfoon relied in his estimates on the rockets and the missile launchers as well as mortar cannons that Hezbollah possesses.

“Hezbollah intends to paralyze the entity in the coming war,” he said, “The Zionist entity cannot tolerate such paralysis for days and weeks.”

Although he stressed that the Israeli army is ready for any imminent war, Tayfoon considered that the mission would be complicated, especially that most of the Israeli soldiers have not experienced fighting in Lebanon.

“Hezbollah is a smart organization and has accessed advanced technology, so it is a dangerous enemy,” Northern Corps Commander said.

For his part, the Head of the Division of Technology and logistics in the Zionist regime’s army, Major General Coby Barack asserted that Hezbollah possesses hi-tech devices which can hit the targets accurately, like the power plant in Northern occupied Palestine, the defense complex in Tel-Aviv or Ben Gurion airport.

“The logistical military centers and the military naval bases will be also targeted.”