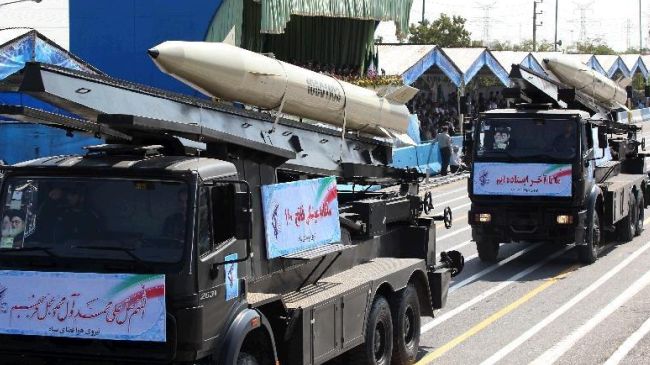 Iran’s Khatam al-Anbiya Air Defense Base has displayed a number of its hardware at the Armed Forces parade marking the beginning of the Sacred Defense Week in Tehran.

The parade – marking the 33rd anniversary of eight years of defense against an Iraqi invasion under executed dictator Saddam Hussein – was held on Sunday at the mausoleum of the founder of the Islamic Republic, Ayatollah Ruhollah Khomeini.

The Sacred Defense Week commemorates the braveries of the Iranian soldiers who fought in the 1980-1988 Iraqi-imposed war and defended their country from enemy aggressions.