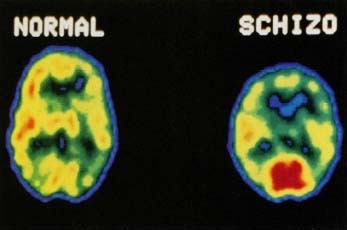 TEHRAN (ISNA)- A team of researchers along with an Iranian researcher Farhad Daneshgar has managed to design a new model to help better management of vigilance of patients with schizophrenia.

Schizophrenia is a potentially debilitating mental illness affecting a person’s thought processes, perception, language and sense of oneself. Globally, 7 out of every 1000 are affected, accounting for 24 million patients. Significant risk factors for the illness in males is serious problems during birth or fetal hypoxia while increased cerebral ventricular size in both infancy and adulthood due to embryological defects can underlie the condition in other patients.

However, it is a multifaceted illness that occurs through a combination of biological factors as well as socioeconomic conditions, such as severely traumatic experiences in childhood.

Writing in the International Journal of Advanced Intelligence Paradigms, Subhagata Chattopadhyay of the Camellia Institute of Engineering in Madhyamgram Kolkata, West Bengal, India , and Farhad Daneshgar of IKI-SEA, Bangkok University, Thailand, explain how they have applied and validated a collaborative management approach and an associated analytical tool called the Awareness Information Net (AIN) model to assist in maintaining awareness capabilities among the various people involved in the management of patients with schizophrenia.

Although treatable with modern drugs, relapse and dropout from treatment is common and the suicide risk among people with schizophrenia is much higher than in the general population. However, patients can be rehabilitated if their symptoms and circumstances are monitored and treated appropriately from earliest childhood.

In particular, if the warning signs of emerging symptoms of risk to the patient and others are detected early through management, then many problems can be avoided or their impact lessened, Redorbit reported.

The team suggests a collaborative approach is most effective. As such, they are developing and testing a system for monitoring patient behavior and spotting problems so that carers, experts and the patient themselves can become involved or intervene in treatment in a timely manner.

“The ultimate goal of the current study is to develop the conceptual foundations for an automated workflow management system for a collaborative management process for schizophrenia,” the team says.

Schizophrenia can paralyze the socioeconomic status of an affected person and its occurrence is almost inevitable given strong vulnerabilities. The team suggests that their assistive modeling approach will not only help patients themselves, but raise awareness in society of this debilitating mental illness and so help others to handle adverse circumstances that arise as a result of schizophrenia should it be in their lives.