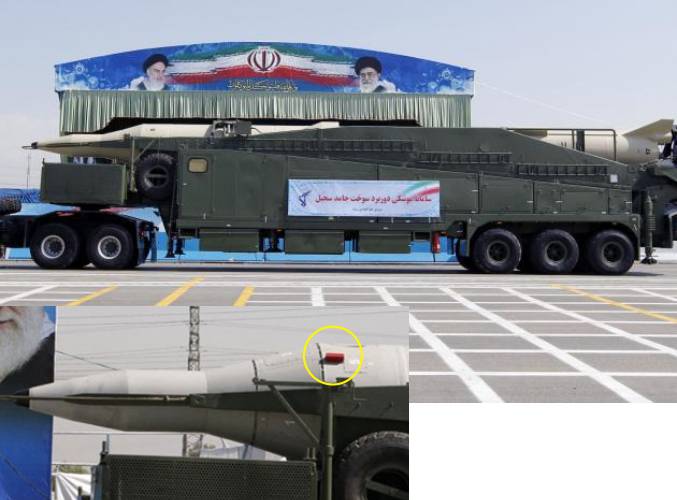 TEHRAN: Iran paraded 30 missiles with a nominal range of 2,000 kilometres on Sunday, the first time it had displayed so many with the theoretical capacity to hit Israeli targets.

Iran displayed 12 Sejil and 18 Ghadr missiles at the annual parade marking the anniversary of the outbreak of the 1980-88 Iran-Iraq war.

The stated range of both missiles would put not only Israel but also US bases in the Gulf within reach.

But in his speech at the parade, President Hassan Rouhani insisted the weaponry on show was for defensive purposes only.

“In the past 200 years, Iran has never attacked another country,” he said.

“Today too, the armed forces of the Islamic Republic and its leadership will never launch any aggressive action in the region.

“But they will always resist aggressors determinedly until victory.”

The Sejil was first tested in November 2008 and the Ghadr in September of the following year.

Both are two-stage missiles that use solid fuel that allows them to be moved around and launched rapidly.