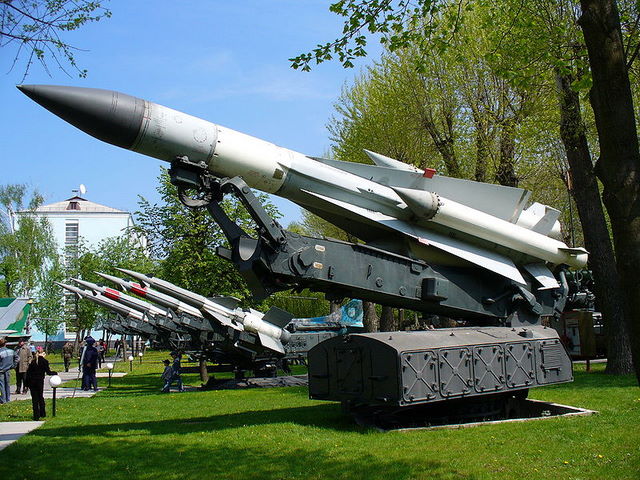 TEHRAN (Tasnim) – The mobile version of Iran’s S-200 air defense system was put on display during military parades in Tehran on Sunday.

Iranian armed forces began nationwide parades on Sunday, the first day of the Sacred Defense Week which marks the onset of the Iraqi imposed war on Iran 33 years ago, and put on display their latest military and defensive achievements, including the S-200 mobile air defense system.

The opening ceremony of the Sacred Defense Week started this morning at the mausoleum of the late founder of the Islamic Republic, Imam Khomeini, south of the capital, Tehran.

Iran’s President Hassan Rouhani delivered a speech ahead of the parades in which he emphasized the peace-loving nature of Iranian armed forces and nation, but added that the country is always ready to defend its territorial integrity and give a crushing response to any possible aggression.

On July 8, Commander of Khatam al-Anbiya Air Defense Base Brigadier General Farzad Esmaili had announced that Iran would unveil the mobile version of its indigenous S-200 air defense missile system in the near future.

The move follows the emphasis by Supreme Leader of the Islamic Revolution Ayatollah Seyed Ali Khamenei on developing a mobile version of the system, Brigadier General Esmaili said at the time.

Esmaili had earlier said Iran had introduced such wholesale enhancements into the system that it could be assigned a new name. “Of course, the upgrade one has received the confirmation and commendation from the Russian manufacturers.”

S-200 is a very long range, medium-to-high altitude surface-to-air missile system designed in the 1960s to defend large areas from bomber attack or other strategic aircraft. Each battalion has 6 single-rail missile launchers for the 10.72 m (35 ft) long missiles and a fire control radar. It can be linked to other, longer-range radar systems.