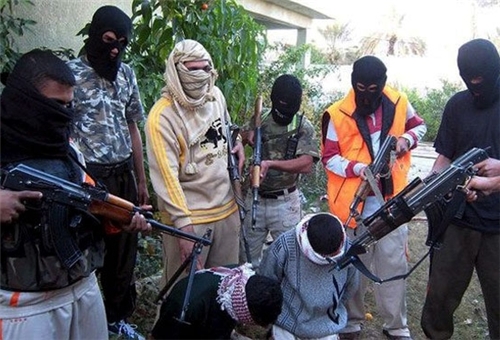 TEHRAN (FNA)- Clashes erupted once again between the armed rebels of the Free Syrian Army (FSA) and Al-Qaeda affiliated militants in Eastern Syria.

According to FNA dispatches, disputes which had started last night resulted in armed clashes between the members of the Free Syrian Army (FSA) and the Islamic State of Iraq and the Levant (ISIL) in Al-Hajaneh street and near Al-Ravi Mosque of the city of Deir Ezzur in Eastern Syria.

Reports in the early morning said that fighting still continued between the FSA and the ISIL militants.

Tens of militants have been killed and dozens more have been injured so far during the clashes which erupted over the share of the militants from the equipment looted from an oil rig in Mazloum village in Deir Ezzur.

In Similar clashes on Saturday, tens of militants were killed and dozens more injured over the share of the militants from the goods looted from the people’s houses and shops in al-Sheikh Meskin city in Southern Syria.

After more than two years of fighting side-by-side and leading one of the bloodiest conflicts in the recent history of Middle-East, FSA and al-Qaeda affiliated groups have been making some moves against each other following reports of West’s alleged concerns over sending more arms to Syria and possibility of them falling into the hands of the terrorists.

Earlier this month, sources said the number of antigovernment combat factions has reached 1750, including the FSA, “State of Iraq and the Levant”, and other groups working for different agendas.

However, the most prominent differences and disputes lie between the FSA and the “State of Iraq and the Levant”, where media sources reported that the latter killed Abu Obeida Al-Binshi, one of the FSA commanders recently.

“The assassination took place after the “State of Iraq and Levant” had taken a number of Malaysians, Syrians and Turks relief workers as hostages,” the sources said last week.