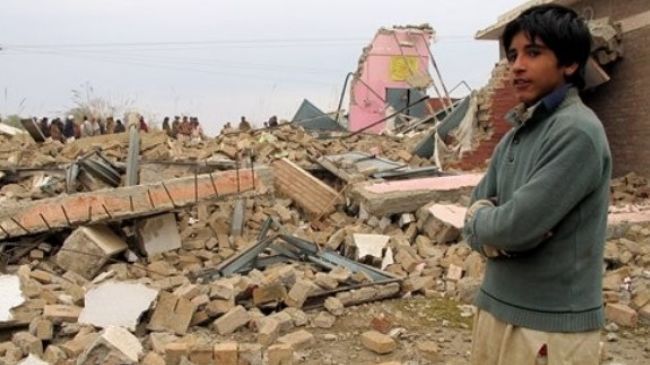 Seven people have died and two others have been wounded in a US assassination drone strike in Pakistan’s North Waziristan Province.

The attack was carried out on Sunday, when a US drone fired four missiles at two houses in Shawal area, about 55 kilometers (35 miles) west of Miranshah Town.

Reports say the latest drone strike is the 19th of its kind in Pakistan in 2013.

More than 110 people have lost their lives in such strikes in the country so far this year.

The Islamabad government has repeatedly protested against the US drone strikes, saying they violate Pakistan’s sovereignty.

Pakistani Prime Minister Nawaz Sharif recently blasted the aerial assaults in his country, describing them as a violation of the international law and the United Nations Charter.

The United States often uses its assassination drones to hit targets in Pakistan and some other countries including Yemen and Afghanistan.

US President Barack Obama has defended the use of the controversial drones as “self-defense.”

The airstrikes, initiated under former US President George W. Bush, have been escalated under the Obama administration.

The United Nations says the US-operated drone strikes in Pakistan pose a growing challenge to the international rule of law.