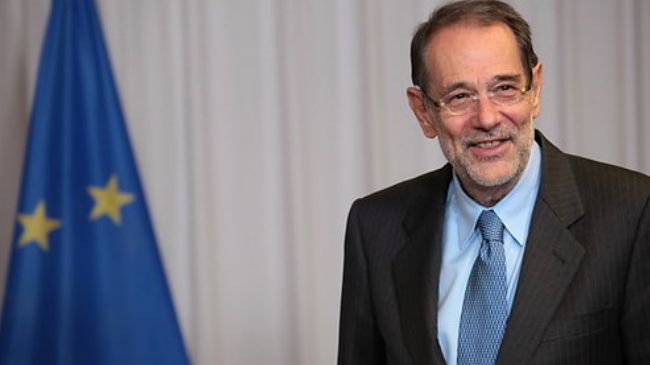 Zarif, who is on a trip to New York to attend the 68th Session of the UN General Assembly, will hold talks with Solana on Saturday.

Zarif said on Friday that he is scheduled to sit down for talks with around a dozen foreign ministers a day while in the US.

“I will meet with Ms. Ashton and the foreign ministers of Greece, the Netherlands, Australia, Italy, Britain, Switzerland, Japan, Turkey, Oman, Slovakia, Croatia, Georgia and Bulgaria on Monday,” Zarif said on Friday.

The top diplomat expressed hope that his bilateral meetings would lead to achievements for the Iranian nation.

The Iranian Foreign Minister will also meet with the former Secretary-General of the United Nations and UN-Arab League envoy for Syria, Kofi Annan, on Saturday.