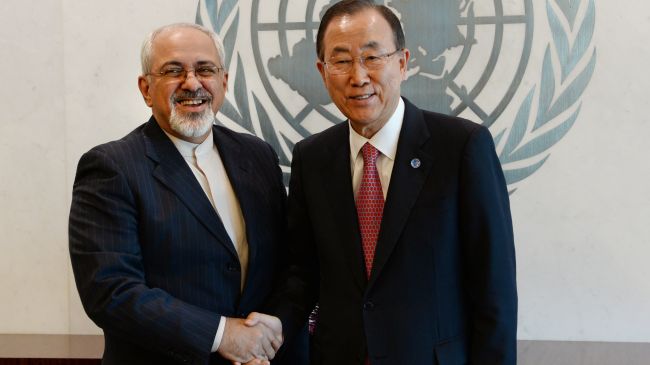 Following a Thursday meeting with Ban at the UN headquarters in New York, Zarif told reporters that the two sides exchanged views on different international issues including the nuclear case.

The Iranian foreign minister added that during his talks with the UN chief, the two sides also discussed the world body’s significant role in the Middle East.

Earlier in the day, the Iranian minister said he hoped for a negotiated settlement of the nuclear dispute while safeguarding the Islamic Republic’s rights.