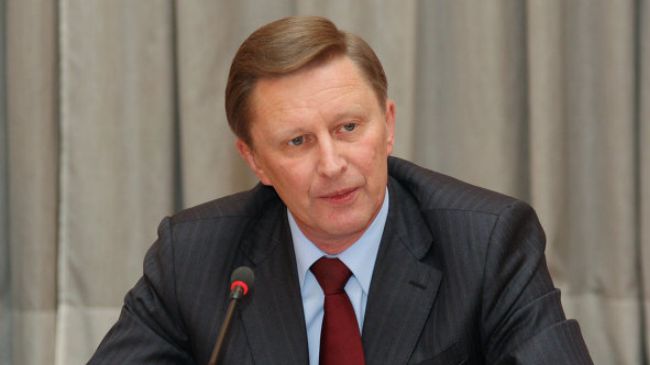 Sergei Ivanov made the remarks in a meeting with Iranian lawmaker Mehdi Sanaei on Wednesday, IRNA reported.

Ivanov said in the meeting that allegations that Iran’s nuclear energy program is diverted to military objectives are untrue.

Putin’s chief of staff said he has been directly engaged in the Iranian nuclear case for the past couple of years and has never seen any evidence proving a diversion to military aspects in Iran’s nuclear energy program.

Iran has categorically rejected the allegation, stressing that as a committed member of the International Atomic Energy Agency (IAEA) and a signatory to the Nuclear Non-Proliferation Treaty (NPT), it is entitled to develop nuclear technology for peaceful purposes.

Sanaei underlined that Iran is a supporter and one of the key guardians of peace and stability in the region, adding that Tehran’s nuclear activities were based on its rights and obligations stipulated in the NPT.

Moreover, a decree by Leader of the Islamic Revolution Ayatollah Seyyed Ali Khamenei, which forbids the production, stockpiling and use of nuclear weapons, leaves no reason for Iran whatsoever to deviate from its peaceful nuclear work, the Iranian MP added.

He said Iran is determined to exercise its legal right to peaceful nuclear technology under international rules and regulations.

Sanaei is in Russia as head of the Iran-Russia parliamentary friendship group to attend the 10th annual Valdai International Discussion Club.

The forum is being held in the Novgorod region from September 16 to 19, bringing together Russian and foreign pundits, thinkers and politicians to discuss Russia’s role in the modern world.