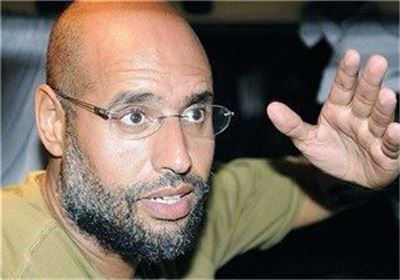 TEHRAN (Tasnim) – Saif al-Islam Gaddafi, a son of deposed Libya leader Muammar Gaddafi, may join 37 former regime members in a pre-trial session in Tripoli over charges of murder and crimes allegedly committed during 2011 civil war, according to the country’s top prosecutor.

Abdel-Qader Radwan, the prosecutor general, said that Saif al-Islam will be facing an “indictment chamber” on Thursday at Tripoli Criminal Court along with Abdullah al-Senoussi, Gaddafi’s former spy chief, and other defendants.

He said that the hearing will not be open to public, Al Jazeera reported.

“This is an investigation phase, not a court session,” he said.

Other reports, however, said Muammar Gaddafi’s former heir apparent may not be transferred from Zintan because of security concerns. There was a heavy security presence in the capital, Tripoli, on Thursday.

Radwan declined to say whether Gaddafi, if he appears, will remain in Tripoli or return to a prison in Zintan where he is being held.

While the session will not mark the beginning of the trial, it will pose a crucial test for the country’s fragile government.

Since the overthrow and killing of Muammar Gaddafi at the hands of rebel forces, successive interim governments have failed to impose law and order.

They instead relied on heavily armed groups, formed initially by the rebel forces, which later began challenging the central government and threatening the country’s transition to democracy.

Saif al-Islam has been held by a militia group that captured him in the western mountain town of Zintan as he was fleeing to neighbouring Niger after rebel forces took Tripoli.