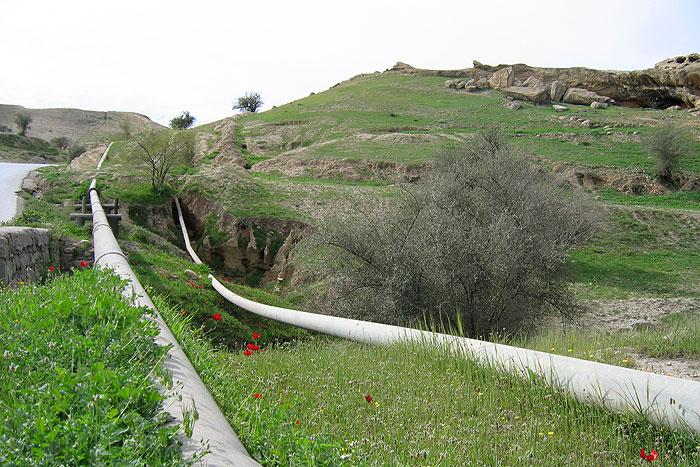 TEHRAN Sep 18 (Shana): The second phase of West Ethylene Pipeline is to be constructed up to December, a deputy petroleum minister said.

Abbas She’ri-Moqaddam, who is also managing-director of National Petrochemical Company, told Shana that the pipeline will serve the industrial development of west of the country.

“Petrochemical plants on the way of this pipeline will be fed,” he said.

“This national project is progressing well and is predicted to become operational by December,” he said, adding that downstream industries in western provinces will benefit from this pipeline.

The section of the pipeline stretching from Kermanshah to Sanandaj in western Iran is fully ready and its hydrostatic tests have been conducted.

The sections connecting Sanandaj to Saqez and Saqez to Miandoab as well as the Miandoab-Mahabad sections are close to being completed.

The pipeline is forecasted to come online by November to carry feedstock to petrochemical plants for higher output.

The pipeline is designed to carry 150,000 tons of ethylene to Tabriz Petrochemical Plant. Lorestan, Mahabad and Kurdestan petrochemical plants are also to be fed by West Ethylene Pipeline.

The construction of the pipeline was first adopted in 2002 when Bijan Namdar Zanganeh was serving as petroleum minister. The entire pipeline stretches from Assaluyeh in southern Iran to West Azarbaijan Province in northwestern Iran.

The first phase of the pipeline, which is 1,200 kilometers long, was launched by former president Mahmoud Ahmadinejad.