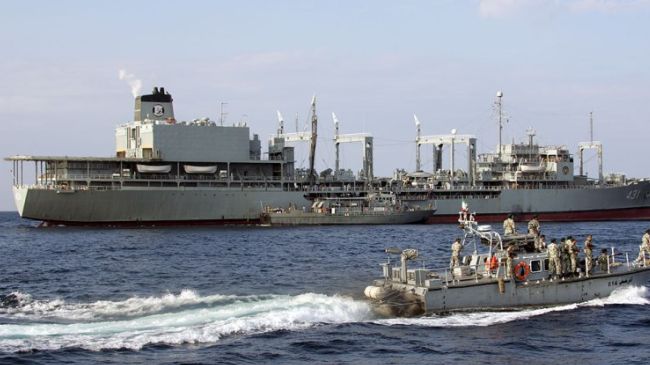 Iran’s 27th fleet of warships has docked at a Sudanese port in the Red Sea after patrolling the high seas to safeguard Iranian commercial vessels and oil tankers.

The fleet, comprised of the Sabalan destroyer and Kharg helicopter carrier, docked at Port Sudan on Wednesday in order to convey a message of peace and friendship and strengthen relations between Iran and Sudan.

The naval fleet escorted more than 14 commercial vessels and oil tankers on its way to Sudan.

The Navy’s 26th fleet had been dispatched on June 2 to patrol waters in the north of the Indian Ocean and pass through the Bab-el-Mandeb Strait and the Red Sea.