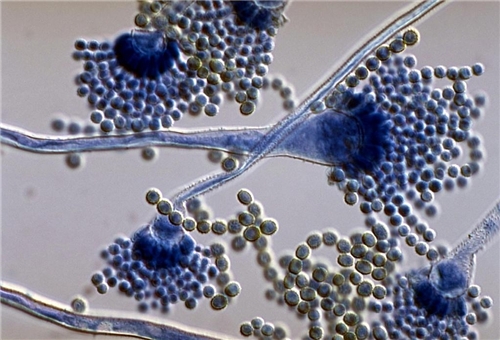 TEHRAN (FNA)- Metal oxide resistant nanosensors were designed and produced and their electrical characteristics were investigated by using thin layer nanostructures and nanopowders by Iranian researchers from Ferdowsi University of Mashhad.

The nanosensors can be used for on-time detection of fungi.

The aim of the research was to use electronic properties of some types of metal oxides to sense gases emitted from different materials. Therefore, metal oxide resistant nanosensors were designed and produced and their electrical properties were investigated by using thin layer nanostructures and nanopowders. The system will be used for on-time detection of the grown fungi in foodstuff.

SnO2, ZnO, and CuO nanolayers were firstly deposited in this research through spray pyrolysis method. Then the nanopowders of each of the materials were synthesized through various methods, including sol-gel and co-precipitation. In the next stage, Aspergillus niger fungi that was ready to grow with the help of a team of biological experts was placed in contact with nanolayers and nanopowders. Finally, a system was designed and electrical resistances of the produced nanosystems were measured in the presence of gases emitted by the fungi.

The researchers also studied various effective parameters such as time, temperature, and other physical conditions on the changes in electrical resistance of the sample nanosensor.

The research may have applications in foodstuff packaging including cans, breads that are packed in the place of production, other places that produce foodstuff, storerooms where initial livestock foodstuff are kept, and other places where this type of fungi or other microscopic mold may grow.