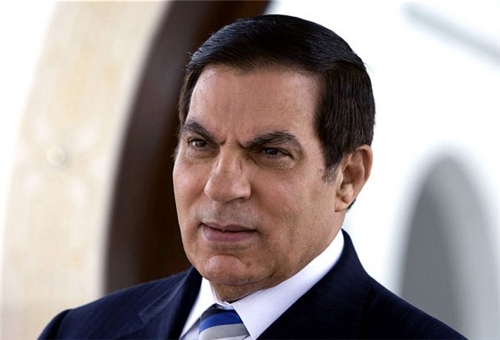 TEHRAN (FNA)- According to several media reports, deposed Tunisian President Zine El Abidine Ben Ali has become Saudi Prince Bandar bin Sultan – the Kingdom Intelligence Service Chief – main adviser on Tunisia as the kingdom is preparing to return Tunisia to the fold through the deposition of the current government, just as it did in Egypt.

Two years ago – in 2011 – when Tunisians rose against Ben Ali’s regime the latter traveled to Saudi Arabia where he was given refuge and the promise of immunity against any calls for extradition.

It appears now that Saudi Arabia had an ulterior motive- use the deposed President to gather information on Tunisia and the broader region as to plan the destruction of democracy and ensure that the Kingdom would not lose its grip over the regional developments.

Saudi Arabia arranged for Ben Ali’s wife, Leila Trabelsi, his daughter and son to be all reunited with their father in exchange for his help.

Ben Ali is believed to be a highly respected ally and adviser.

With its ally, the US, Saudi Arabia is determined to lay waste the Islamic Awakening wave in the region.