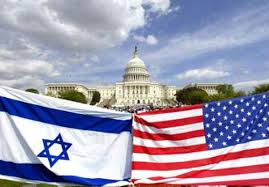 No word said about US, Israeli formidable nuclear weapons: Analyst

An American author says both the United States and Israel maintain “formidable nuclear, chemical and biological weapons arsenals” but not a single word is said about their arms, Press TV reports.

“Syria threatens no one as we know and it has never used chemical weapons against its own people. The claim that it does is completely fabricated and Israel is a major threat; America is a major threat,” Stephen Lendman said.

He pointed to the danger posed to the world peace by Israeli nuclear, chemical and biological weapons and criticized the recent remarks by Israeli Prime Minister Benjamin Netanyahu about Syria’s alleged chemical weapons.

On Sunday, Netanyahu voiced support for an agreement reached by the US and Russia to place Syria’s chemical weapons under international supervision.
“We’ve been closely following and support your ongoing efforts to rid Syria of its chemical weapons,” Netanyahu said in the occupied al-Quds (Jerusalem).

The agreement was reached between US Secretary of State John Kerry and Russian Foreign Minister Sergei Lavrov on September 14, following three days of talks in Geneva.

Israel, the only possessor of nuclear weapons in the Middle East, is widely known to have between 200 and 400 nuclear warheads.

Lendman further added that US media literally turn truth on its head and vilify for attacking Syria.

“They [US media] blame a country like Russia for taking heroic steps to avoid another war that would be catastrophic,” Lendman, who is also radio host, said.

He added that protests are being held across the United States to rage against the possibility of a war on Syria as the Americans are fed up with 12 years of non-stop war after 9/11.

“They [Americans] want jobs; they want the economy growing; they want America’s resources spent to grow America not destroying and killing and ravaging other countries. And they made those feelings known and it took effect in Congress,” Lendman pointed out.

He expressed concern that the US might end up getting the war that President Barack Obama wants against Syria which would destroy the Syrian Republic and isolate Iran.

War rhetoric against Syria intensified on August 21, when militants operating inside the country and foreign-backed Syrian opposition claimed that over a thousand people had been killed in a government chemical attack on militant strongholds on the outskirts of Damascus.