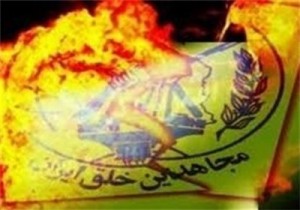 TEHRAN (FNA)- A prominent Iraqi lawmaker called expulsion of the members of the terrorist Mojahedin-e Khalq Organization (MKO, also known as MEK, NCR and PMOI) as a great victory for the people of his country.

“The day the MKO was expelled from Camp Ashraf was a day of victory for the oppressed people over the oppressors,” member of the Iraqi parliament’s Security and Defense Fraction Qassem al-Orji told FNA on Monday.

On September 1, over 50 MKO members, including top commanders, were killed in an attack inside the terrorist group’s notorious camp in Iraq’s Diyala province. There were around 100 MKO members in the camp at the time.

The attack came at the hands of a group of Iraqi people and the relatives of those martyred by the terrorists when they had joined forces with executed Iraqi dictator, Saddam Hussein, in 1991 to crush an uprising by Iraqi Shiites.

The Iraqis who stormed the terror camp further demanded the immediate expulsion of all MKO terrorists from their country.

Earlier this week, Iran’s Intelligence Minister Seyed Mahmoud Alavi-Tabar described the fall of the MKO headquarters in Camp Ashraf as a natural outcome for an organization that has based its activities on criminal acts.

“The ruinous fate of the terrorist Mujahedin-e Khalq Organization (MKO) was quite foreseeable, as any group that turns against its own nation is doomed to fall,” Alavi-Tabar said.

The Iranian intelligence minister stressed that the MKO actions enraged the Iraqi nation, and the criminal members of the group were ultimately consumed by their wrath.

In September 2012, the last groups of the MKO terrorists left Camp Ashraf, their main training center in Iraq’s Diyala province. They have been transferred to Camp Liberty.