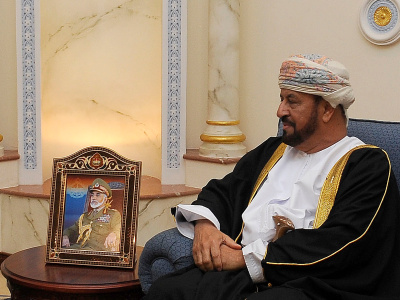 During his stay in Tehran, the Omani minister will meet his Iranian counterpart as well as some other top officials.

He will also pay a visit to an exhibition of capabilities of Iran’s Ministry of Defense.

Moreover, the Iranian and Omani ministers are also planned to sign a memorandum of understanding (MoU) on defense cooperation between Tehran and Muscat on Tuesday.

“In line with the government’s foreign policy, we will try to establish defense interactions with the neighboring countries as a top priority, and with the other countries after that,” Dehqan said at the time.

In May 2012, at the end of 10th meeting of Iran-Oman Joint Military Committee in Tehran, the two countries agreed on defense-military cooperation and decided to hold a joint relief and rescue maneuver.

The Iran-Oman joint naval drills were held shortly after that date in Bandar Abbas, southern Iran, in the winter of 2012.

And in February 2011, Iran and Oman held the second joint naval relief and rescue drills in the north of Omani Sultan Qaboos Port. Four Omani vessels, two fighter planes and one coastal helicopter, as well as four Iranian surface vessels participated in the joint drills.

In December 2010, Iran and Omani armed forces held joint rescue drills off the coast of the Persian Gulf.