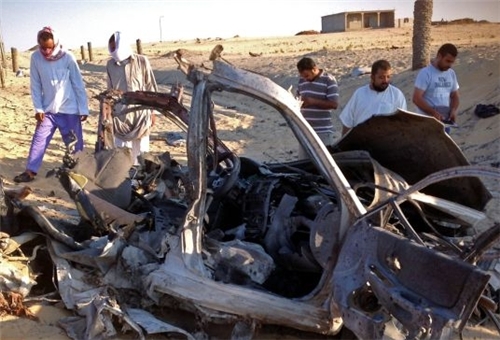 TEHRAN (FNA)- At least 10 Egyptian soldiers were injured in a roadside bomb in Sinai on Monday.

A military vehicle carrying Egyptian army troops was hit by an explosion on the El-Arish-Rafah international road, injuring at least 10 soldiers.

Militants then fired RPG missiles at the vehicle before Egyptian soldiers managed to return fire, leading to a gun battle.

The bomb was detonated by remote control, officials said.

Egyptian armed forces launched large scale military action against militants in Sinai earlier in September, in what officials described as the largest mobilization of force in the area since the 1973 war with Israel.

The army has killed around 100 militants in the area over the past two months, while militants have killed 58 policemen, 21 soldiers and 17 civilians there, according to an AFP tally.