Turkish parliament speaker due in Tehran on Sept 22 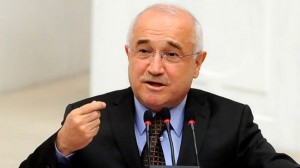 “Turkey’s parliament speaker will embark on a two-day visit to Tehran on September 22 at the invitation of his Iranian counterpart,” Senior Advisor to the Iranian Parliament Speaker Hossein Sheikholeslam said today.

He said that Cicek will meet with his Iranian counterpart Ali Larijani and several other high-ranking Iranian officials and parliamentarians during his stay in Tehran.

Iran and Turkey have broadened their relations in various fields of economy, security, trade, education, energy, and culture in the recent years.