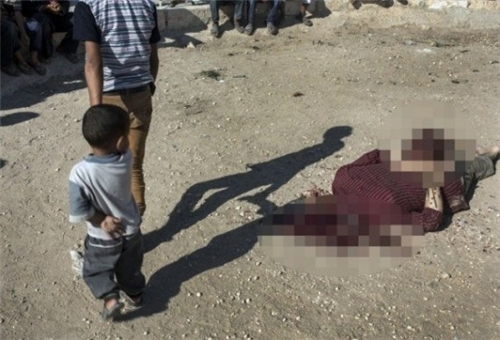 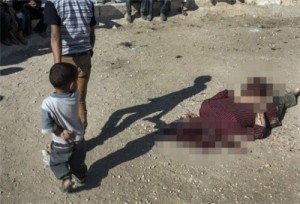 Little is known about the victims; only that they were accused of being pro-government, Al-Alam reported.

Grim footage depicting a litany of crimes – murders, torture and mass killings – now emerge on YouTube and other social networks on an almost daily basis from the Syrian insurgency.

Their authenticity is often impossible to verify, but these pictures, first published in the French magazine Paris Match, were taken by an independent photojournalist whose name, for his own safety, has not been publicly revealed.

His photographs graphically illustrate the callous barbarism of foreign-backed terrorist groups and Al-Qaeda-linked terrorists in some parts of Northern Syria.

The so-called Islamic State of Iraq and Syria (ISIS) terrorist group and Al-Qaeda linked al-Nusra Front have been carrying out heinous crimes in Syria including beheading and immolating both civilians and Syrian soldiers.