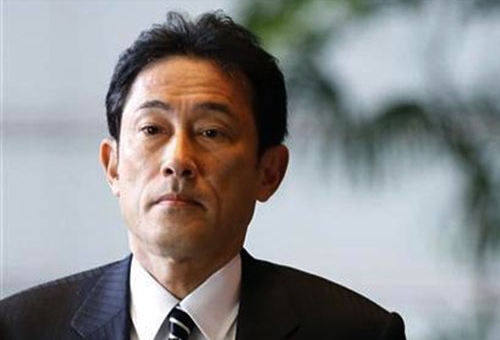 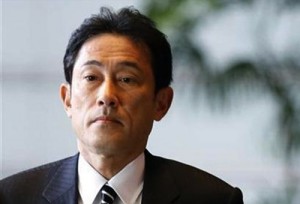 Japan has welcomed the agreement reached by the United States and Russia over Syria’s chemical weapons.

Japanese Foreign Minister Fumio Kishida said in a statement on Sunday that his country hailed the deal to move Syria’s chemical weapons under international supervision and called for “sincere response” from the Syrian government.

Kishida said Japan will support efforts by relevant countries and organizations to prevent the use of chemical weapons.

He added that Japan will keep on contributing to the international efforts toward ending the violence, the initiation of political dialog and the improvement of humanitarian conditions in Syria.

Based on the agreement, Damascus has one week to provide international inspectors with detailed information on its chemical weapons stockpiles.

The talks in Geneva came following a proposal by Russia to Syria that the latter put its chemical weapons under international control. Syrian Foreign Minister Walid Al-Muallem said on Monday, September 9, that his country “welcomes” the Russian offer, which was prompted by an apparently off-the-cuff comment by US Secretary of State John Kerry.

The recent war rhetoric against Syria first gained momentum on August 21, when the militants operating inside the country and the foreign-backed Syrian opposition claimed that over a thousand people had been killed in a government chemical attack on militant strongholds on the outskirts of Damascus.