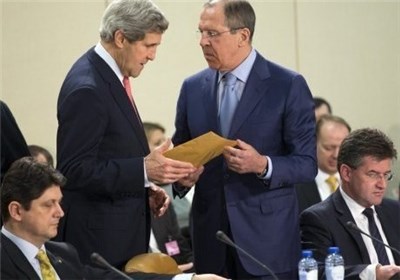 TEHRAN (Tasnim) – The United States and Russia are to hold a third day of complex talks on Saturday, seeking to hammer out a deal on eliminating Syria’s arsenal of chemical weapons, amid persistent differences.

During their second day of talks in Geneva on Friday, the US Secretary of State, John Kerry, and his Russian counterpart Sergei Lavrov shuttled with their delegations in and out of talks, breaking up after the midnight to allow the weary delegations to catch a few hours sleep.

The talks between the two sides are at a “pivotal point” and are continuing into Saturday, a US official told reporters.

“Both nations said they wanted to renew efforts to negotiate a peaceful end to the war in Syria,” he said.

Teams of experts have been poring over a last-minute Russian initiative which led US President Barack Obama to back away from planned military strikes, Al Jazeera reported.

The US has estimated that Syria possesses about 1,000 metric tons of various chemical agents, including mustard and sarin gas, sulfur and VX. The Russian estimates had been initially much lower, the official said, without giving a figure.

“It’s the same questions of what is it, where is it, how do we track it down, can we account for it, those are all part of the discussions,” said a senior State Department official.

Washington and Moscow were also “working hard to find common ground” to get peace talks going in Geneva that would bring together Assad’s government and the opposition to end the war which erupted in March 2011, Kerry said on Friday.