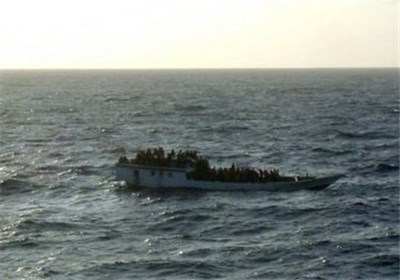 TEHRAN (Tasnim) – Nearly 500 boat people, mainly Syrian, have been rescued off of Italian coasts in the past 24 hours, the coastguard said Saturday.

A first group of 170 saying they were Syrian were rescued after their boat began taking on water around 50 kilometres (30 miles) from the coast of Calabria, in southern Italy, AFP reported.

They included around 50 women and children and were transferred to a coastguard vessel and taken to the town of Roccella Ionica, the coastguard said.

A second group of around 320, who were mainly Syrian but included some Egyptians, were rescued overnight nearly 120 kilometres off of Sicily in an operation involving a merchant ship and two coastguard vessels.

They are being taken in two groups to Sicilian ports, the coastguard said.

The number of people fleeing war-torn Syria towards Italy, usually via Egypt, has spiked, the UN refugee agency said Friday.