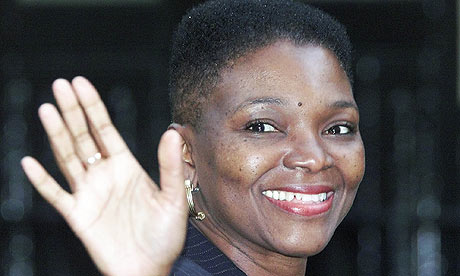 Amos in Iran for talks with officials

Farhan Haq, the associate spokesman for UN Secretary General Ban Ki-moon, told reporters that the visit started on Friday and lasts until September 16.

This is Amos’ first official visit to Iran in her capacity as the UN Under-Secretary General for Humanitarian Affairs and Emergency Relief Coordinator, Haq added.

The UN official was also expected to discuss the humanitarian crisis in Syria with Iranian authorities.

She praised Iran for sending humanitarian aid to crisis-hit Syria and called on Tehran to help facilitate the delivery of the world body’s humanitarian assistance to the Syrian people.

The Iranian envoy, for his part, gave a report about Tehran’s humanitarian assistance to Syrians since the onset of the crisis in the Arab country and voiced Iran’s readiness to deliver more aid to the crisis-stricken people of Syria.

Iran has dispatched several consignments of humanitarian supplies, including medicines and medical equipment to help the people affected by the unrest in the Arab country.