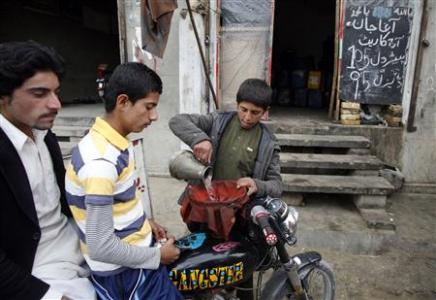 TEHRAN (FNA)- Syrian drug smugglers and rebels are using Lebanon as a way station for an amphetamine drug called Captagon, which is being transported through the country on its way primarily to the Persian Gulf, security sources said.

Captagon pills are widely being used by Syria militants who are leading one of the most violent wars the Middle East has witnessed, Al-Alam reported.

Since January, Lebanon’s Internal Security Forces’ drug unit has seized more than 11.5 million tablets, well over 2 metric tons of Captagon, and the most ever reported.

According to reports, Syrian army has found different types of pills in militants’ strongholds on several occasions after their mop-up operations.

Captagon is one of the most common ones found in militants’ possessions.

Several weeks later, police intercepted its largest Captagon bust ever in the Bekaa Valley, near the village of Saadnayel.

The pills were concealed in bags hidden inside aluminum pipes.

Referring to the history of Lebanon’s 15-year Civil War, Nadya Mikdashi, co-founder and director at Skoun — an NGO promoting drug awareness and counseling addicts – said that the use of amphetamines as performance enhancers was rampant. She said she would not be surprised if that was the case in Syria today.

“It wouldn’t be the first time in history fighters used drugs,” she said. “During the Civil War, militia members in the country used amphetamines; fighters were given drugs to enhance performance.”

“What would be different about the war in Syria?”

But the men from Homs stood to make at between $650 million and $1.3 billion. That money was likely going back to Homs to purchase weapons, he said.

Use of drugs, alcohol and doping substance has been allowed by leaders of extremist groups who are loosening nearly all kinds of limitations they traditionally hold, to keep their militants go on.

Abuse of fenethylline of the brand name Captagon is most common in Arab countries and counterfeit versions of the drug continue to be available despite its illegality.

Many of these counterfeit Captagon tablets actually contain other amphetamine derivatives that are easier to produce, but are pressed and stamped to look like Captagon pills. Some Captagon pills analyzed do contain fenethylline however, indicating that illicit production of this drug continues to take place.