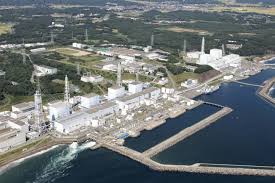 TEHRAN (FNA)- Japan voiced anger over cartoons published in a French newspaper that took aim at the decision to award the 2020 Olympics to Tokyo despite the on-going nuclear crisis at Fukushima.

The government has repeatedly claimed the accident and its waste water problem are under control and should not affect the Olympics, Suga told a news conference.

“These kinds of satirical pictures hurt the victim of the disaster. This kind of journalism gives the wrong impression about the waste water problem,” Suga said.

The government will officially lodge a protest with the French weekly, he added.

Satirical weekly Le Canard Enchaine published a cartoon depicting sumo wrestlers with extra limbs competing in front of a crippled nuclear plant, which said the disaster had made it a feasible Olympic sport.

Another cartoon showed two people standing in front of a pool of water while wearing nuclear protection suits and holding a Geiger counter, saying water sport facilities had already been built at Fukushima.

Last week, Tokyo was chosen to host the 2020 summer Olympic Games by the event’s organizing committee, beating out Istanbul and Madrid in the final vote tally.