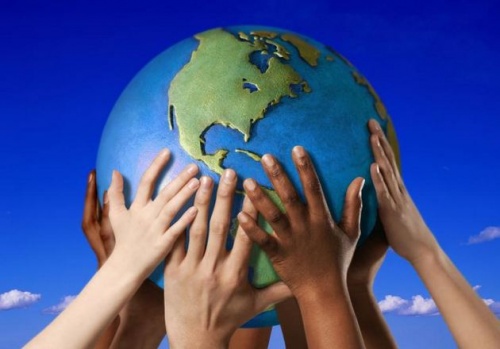 The Islamic World Peace Forum requests that anti-war NGOs take an active, judicious approach toward awareness and prevention of such threats and join the Global Alliance against Attack on Syria.

The full text of this statement is…

In the Name of the Divine
Open letter to anti-war non-governmental organizations around the world
As you know, the mechanisms and principles of any country’s public administration, including Syria, are internal affairs to be determined by the nation itself.  Therefore, in accordance with general international principles, any type of foreign intervention in such matters, whether direct or otherwise, is prohibited.  According to per article 1 of UN General Assembly resolution, aggression has been defined as “the use of armed force by a State against the sovereignty, territorial integrity or political independence of another State, or in any other manner inconsistent with the Charter of the United Nations”.  Thus, making threats of aggression is making threats to perform illegitimate acts.
Military intervention is not only against the interests of the Syrian nation, but also illegitimate.  It will also aggravate instability in the region and the world as a whole.  The recent threat by America regarding military intervention in Syria, a manifestation of its unilateral approach to international relations, is in blatant defiance of basic principles of the international community, including equal sovereignty of governments, self-determination, and non-intervention.  The potential human casualties, especially civilian deaths, and destruction of civilian targets—as has been made totally clear in America’s recent wars in the region—of such an attack endanger peace and security in the region and the world.
Since maintaining international peace and security is a high priority of the modern international community, prevention of this trend is critical.  Endeavoring to reach this goal is a responsibility of all citizens of the global community, public figures, and non-governmental organizations.  In accordance with the responsibilities NGOs have in seeking the rights of people, they must bear this charge through their active, prudent presence with the aim of preventing a human disaster caused by military intervention in Syria.
Therefore, with emphasis on the necessity of observing the rights of nations, including the right to dignity as well as to peace, development, and justice, the Islamic World Peace Forum requests that anti-war NGOs take an active, judicious approach toward awareness and prevention of such threats and join the Global Alliance against Attack on Syria.  Thus, NGOs may work together to advance humane goals and support international order by contributing in scientific analysis, news, and information updates as well as persuading governments and the international order to quickly and wisely deal with these threats.