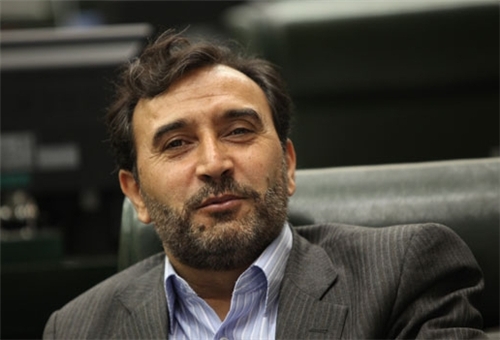 Lawmaker: Syrian war to lead to expulsion of US from region

TEHRAN (FNA)- A senior Iranian legislator stressed that any US-led war against Syria would not topple the government of President Bashar Assad, and would rather lead to the expulsion of Washington from the region.

“The Assad government will not be overthrown by a US attack and it will remain and this will hit a blow to the Americans’ reputation,” member of the parliament’s Presiding Board Mohammad Dehqan said on Wednesday.

He said if any serious war is waged against Syria, supporters of Damascus, including Iran, Russia and Hezbollah in Lebanon, will not remain silent and the US interests in the region will be endangered.

Dehqan underlined that any attack against Syria will eventually kick the US out of the region.

In relevant remarks earlier this week, Iranian Defense Minister Brigadier General Hossein Dehqan also warned the advocates of war on Syria against its unpredictable consequences, saying such a war will engage numerous countries and lead to a regional war.

“The Syrian government and Bashar Assad will not stand still to allow others to topple their political system or bomb their people without facing any reaction,” Dehqan said in a televised interview with Iran’s state-run channel one TV on Monday night.

“Certainly, this reaction will be shown on the basis of the decision made by the Syrian political leaders and will cause a new round of reciprocal attacks in the region and it will possibly entangle others with battle and put them in battlefield,” he added.

Dehqan advised the Americans to think about the consequences and results of invading Syria and do a cost-and-benefit before embarking on an attack on the Middle-Eastern country.

“I believe that the US intervention with any quality will lead to the spread of the crisis, creation of a security vacuum and make the Americans get stuck in the region like in Afghanistan and Iraq,” he added.