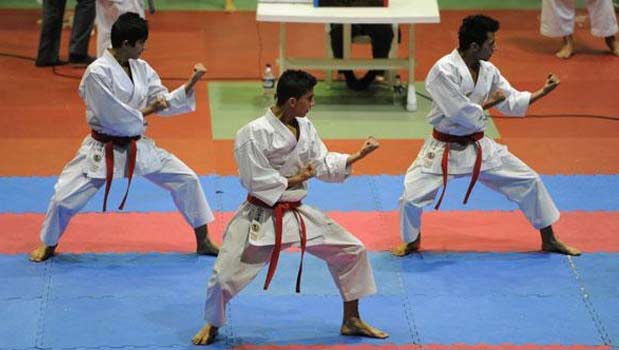 Iranian men’s select karate team has demonstrated impressive performances at the Thailand Open Karate-Do Championship 2013, and lifted the trophy of the sports event.

Iran stood first with a total of six medals, including three gold, two silver and one bronze.

Majid Hosseinnia and Hassan Beigi of Iran overcame their rivals in the minus 55-kilogram and minus 75-kilogram weight categories of men’s kumite competitions in the Nimibutr Nation Stadium in the Thai capital city of Bangkok.

Valiullah Mirzaei snatched a bronze medal in the men’s minus 55 kilogram kumite contests.