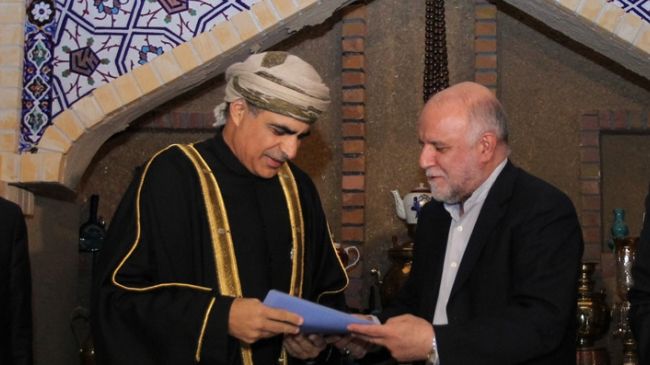 Envoy: Iran-Oman gas pipeline to come on stream in 18 months

TEHRAN (Tasnim) – An underway seabed gas pipeline aimed at transferring Iranian gas to Oman will be completed a in a year and a half, according to the Iranian ambassador to Muscat.

“The agreement on the gas pipeline dates back to 10 years ago when negotiations over the pipeline started, but the two countries could not finalize it,” Ali Akbar Sibeveih, told the Times of Oman on Tuesday.

The main reason for the long delay was the lack of agreement on the price of the gas that was supposed to be exported,” Sibeveih said, further elaborating that thus far 10 months of hard work has been done on the pipeline.

According to a memorandum of understanding (MoU) recently signed between Iran and Oman, the sultanate of Oman will buy around $60 billion worth of natural gas from the Islamic Republic of Iran in 25 years.

The MoU, which includes an agreement for laying a gas pipeline to Oman, was signed during the August 25-27 visit of Omani ruler Sultan Qaboos bin Said to Iran.

The extra gas, which is estimated to be around 50% of all gas exports to Oman, will be exported to Japan, South Korea, and India, ambassador Sibeveih said.

On the volume of annual trade between Iran and Oman, the ambassador said that the two-way trade stood at about $200 million per year over the past three years, but the value of bilateral trade has increased considerably in recent months. “We hope that the figure will reach $1 billion in the near future,” he said.