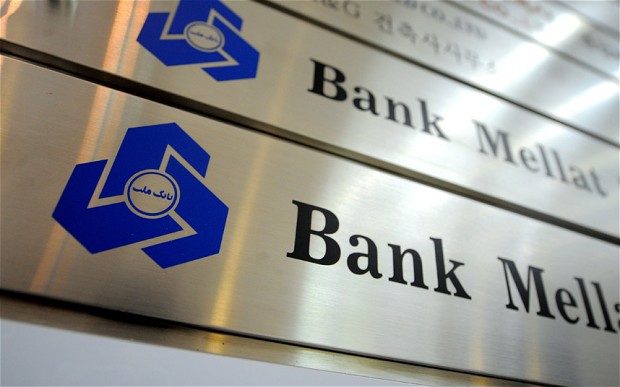 Sanctions against Iran come under question after a bank won a case opposing its inclusion on the Iran nuclear sanctions list. Could the European Union may have met its biggest obstacle – its own law courts, asks Sarosh Zaiwalla?

Bank Mellat, Iran’s largest private bank, has seen British sanctions held against it declared unlawful after the Supreme Court dismissed claims that its banking services facilitated Iran’s nuclear programme. The result follows a victory in the European Court in January 2013, where no evidence was found connecting Iran’s largest private bank to the government’s nuclear programme.

This case shows that the European Union may have met its biggest obstacle; its own law courts which are ultimately dismantling sanctions on Iran’s banks and potentially others in the future as a result of the rule of law.  The Bank Mellat case clearly shows Europe that even in the world of sanctions, the rule of law still applies.

Regardless of international politics, Europe says there must be a reason to curtail the rights of an entity or individual.  The EU court held that the EU council was wrong in its designation of the bank as the Bank did not fit the EU’s criteria for sanctions. The message that this shows to the world outside of Europe is that there is a true independence of the EU Court which is willing to fight against its sister institutions.   We can see that true justice can be sought and delivered from the European courts.

Many sanctions could be unjustified

There may be little obvious ramifications of the Bank Mellat ruling in Europe as Iranian banks are still forbidden from transacting in the EU.   The EU Council in December 2012 made a general blanket ban on Iranian financial institutions operating in the European Union; however businesses throughout Europe are also being targeted by sanctions regularly themselves by the EU Council.  Again the question can be asked of whether these sanctions are justified for the purpose of which they are intended and one must take time to consider each on a case by case basis.

Contrast this with US sanctions and what is sometimes considered to be the US attempts to garner extra territorial jurisdiction of its sanctions  where we can see a reach of devastating effect in the UK and wider Europe.

In a wave of sanctions in May 2013 aimed at the Iranian airline sector, the US sanctioned those UK companies for their work with Iran Air.  The UK companies had no prior warning or indication that they were to be sanctioned by the US, which gave them no opportunity to stop using Iran Air or even to explain the legitimate nature of their use of Iran air.  Unfortunately, the outcome of these US sanctions on these European companies is that the companies’ bankers and credit card companies in the UK have terminated all their accounts as they refuse to bear any risk that a company who deals with Iran may in some way put them in breach of the myriad of compliance obligations designed to put off any bank touching anything Iran-related. No bank wants to find itself under US pressure.

The UK Companies are now at risk of collapse. The irony is that they operated legally in the UK.  What is of more concern is that the US has very little available compared to Europe in terms of judicial review.  Any petition to the US Office of Foreign Asset Control is lengthy and may go unresponded.  The rule of law in the US has been pushed out in the name of US national security, Guantanamo being the obvious example.

I think it is fair to say that the Bank Mellat ruling only brings to the forefront the confidence in the independence of the British Judiciary and sets an example that even controversial disputes can be resolved by applying the principle of rule of law through the British Courts.  Nevertheless, the reading of the closed judgment clearly contravenes the British principle of open justice.  The bank’s success demonstrates just how unjustified closed sessions are and how far an impact these foreign sanctions can have on the infrastructure of the European Union Economy if they remain unchallenged.