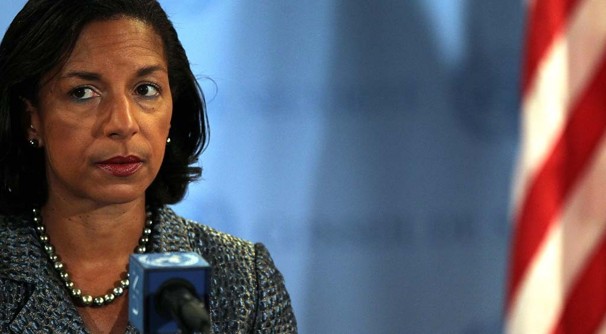 Susan Rice: North Korea and Iran are watching US actions

Obama administration officials are making the case for US military action in Syria, as the US Senate is set to begin a series of votes on whether to authorise the use of force in the country.

In a speech to the New America Foundation on Monday, National Security Advisor Susan Rice said that failure to respond to a chemical attack would embolden Syrian President Bashar al-Assad and create a security threat to US allies in the region and even the US itself.

“We cannot allow terrorists bent on destruction or a nuclear North Korea or an aspiring nuclear Iran to believe for one minute that we are shying away from our determination to back up our long-standing warnings,” Ms Rice said.