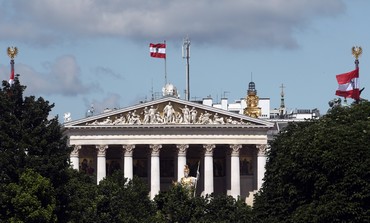 (Reuters) – Austria is checking dozens of cases in which foreign countries may have tried to obtain technology that can be used to make weapons of mass destruction, it said on Tuesday.

Austria, which has rejected accusations from an Iranian dissident group that Tehran is using it to skirt European sanctions, is investigating potential proliferation cases with a special eye on Iran and North Korea, its counter-terrorism agency said.

“Last year we had, in all, 24 suspicious (proliferation) cases and opened investigations in six concrete cases,” Konrad Kogler, head of the Federal Agency for State Protection and Counter-terrorism (BVT), told a news conference presenting the agency’s 2012 annual report.

Kogler said his agency was trying to raise awareness among Austrian companies about the pitfalls of dealing in “dual-use” technology – which can have military as well as civilian uses – often sought by countries via front companies.

But he played down the notion that Austria was being systematically targeted for such illicit trade.

“This is not a big subject for us. We have 24 investigations open and think we have this well under control,” he told Reuters. “We are concerned but we are not afraid.”

Exiled Iranian dissident group the People’s Mujahideen Organisation of Iran alleged in November that the head of an Iranian government agency had been working with Iran’s “lobby network in Austria” to avoid trade sanctions. (Reporting by Michael Shields; Editing by Robin Pomeroy)