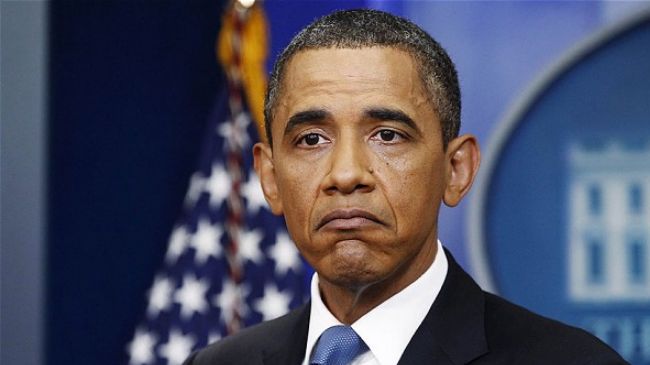 TEHRAN (Tasnim) – US President Barack Obama is blitzing American airwaves on Monday in a bid to build support for a military strike against Syria.

But Obama will be battling it out for viewership as Syrian President Bashar al-Assad’s interview with a US network television will also be broadcast on Monday.

Obama will appear on American TV networks in the evening, before addressing the American people from the Oval Office on Tuesday to lay out the case for US involvement in Syria.

Assad, fighting a propaganda war as Washington agonizes over whether to attack, gave an interview to veteran CBS and PBS newsman Charlie Rose, which will begin airing at 1100 GMT, Al Arabiya reported.

On Sunday, CBS revealed snippets of the interview, in which Assad reportedly insisted he was not behind the August 21 gas attack on a Damascus suburb.

CBS also said that Assad warned the American people not to become militarily involved in the rebellion against his regime that first erupted in March 2011.

The Syrian leader also reportedly warned that as his country prepares “as best we can” for US military action, there could be a bitter consequences.

“There’s no evidence that I used chemical weapons against my own people,” he reportedly told Rose.

Assad said he “had a message to the American people that it had not been a good experience for them to get involved in the Middle East in wars and conflicts.”

He also suggested that there would be some kind of retaliation among the people aligned with him in the event of a strike, CBS said.