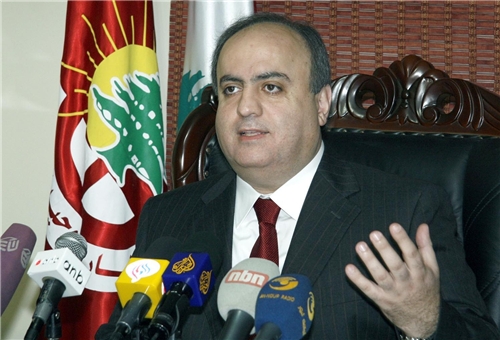 TEHRAN (FNA)- Leader of the Lebanese Towhid (Monotheism) Movement Wiam Wahhab warned that hundreds of missiles will rain down on Israel the very moment Syria comes under a foreign military attack.

“The first bullet fired at Syria will be reciprocated by 500 missiles against Tel Aviv,” Wahhab, also a former Lebanese minister, said in an interview with Lebanon’s Jadidah TV channel on Monday.

“This is no rhetoric, I am speaking the truth and telling you the reality,” he added.

Wahhab warned of Syria’s retaliatory measures against any possible foreign military aggression, and said Damascus’ reaction will not be limited to Israel, but it will also include Turkey and other regional countries and the Persian Gulf littoral states which are collaborating with Washington in the war on Syria.

In relevant remarks earlier this month, a prominent Iranian legislator underlined that any military attack on Syria would definitely endanger Israel.

“The Israeli regime will be the main loser of any military action in Syria,” Chairman of the parliament’s National Security and Foreign Policy Commission Alaeddin Boroujerdi told reporters after his meeting with Syrian President Bashar al-Assad in Damascus.

Also this month, Supreme Leader of the Islamic Revolution Ayatollah Seyed Ali Khamenei warned of the dire consequences of any military intervention in Syria for the region, and said the US will certainly be severely harmed by pursuing warmongering policies against the Muslim country.

“The US threats and possible intervention in Syria is a disaster for the region and if such an act is done, certainly, the Americans will sustain damage like when they interfered in Iraq and Afghanistan,” Ayatollah Khamenei said in a meeting with members of the new Iranian cabinet in Tehran.

He cautioned the US and its allies that their military intervention in Syria would yield no result but blazing fire and increasing nations’ hatred from them.

Ayatollah Khamenei warned the US and its allies that “starting this fire will be like a spark in a large store of gunpowder, with unclear and unspecified outcomes and consequences”.

The US and its allies have accused the Syrian government of using chemical weapons against its own people near the capital, Damascus, but Syria has vehemently ruled out any involvement in the attack, saying it was a false flag operation by the foreign-backed militants fighting against the Syrian army.