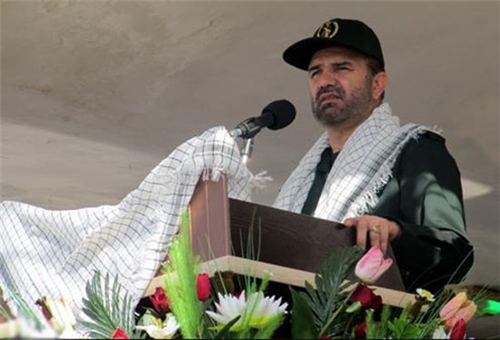 “Today, sustainable security has been created thanks to the military operations, eradication of poverty, development of the resources and the efforts made by the native people,” Islamic Revolution Guards Corps (IRGC) Commander of West Azarbaijan province’s Martyrs Brigadier General Abedin Khorram told FNA on Monday.

Iran has 5,440 kilometers of land borders. The country shares its Northern borders with Armenia, Azerbaijan, and Turkmenistan which extend for more than 2,000 kilometers, including about 650 kilometers of water along the Southern shore of the Caspian Sea. Iran’s Western borders are with Turkey and Iraq, and to the East with Afghanistan and Pakistan. The Persian Gulf and the Sea of Oman littoral states form the country’s 1,770 kilometers of Southern border.

In relevant remarks last September, Commander of the Iranian Border Guard Units General Hossein Zolfaqari said that the country is closely monitoring its border regions through high-tech equipments, including optical and radar systems.

Speaking to reporters at the time, Zolfaqari underlined the significance of the use of high-tech equipments and technologies in border control, adding that Iranian border guard units are using radar and optic systems to control the country’s borders.