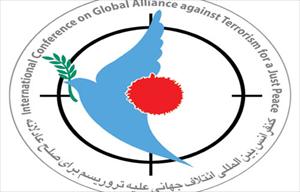 Attack on Syria, against UN Charter

Tehran, Sept 9, IRNA – Any attack on Syria would be against the United Nations Charter, said a statement signed by over 100 elites of the International Conference on Global Alliance against Terrorism for a Just Peace on Monday.

The statement added any military intervention in Syria would be considered as “aggression” and would violate the UN Charter based on the Article I of the Resolution No 3,314 on definition of aggression.

“Aggression is the use of armed force by a State against the sovereignty, territorial integrity or political independence of another State, or in any other manner inconsistent with the Charter of the United Nations, as set out in this Definition,” reads the Article I of the Resolution 3,314.

Signatories to the statement said, given the present critical situation in the Middle East region, “adopting a military option is not a proper way to settle the Syrian crisis.

“But instead, a final solution to the crisis should be found through peaceful diplomatic ways which are based on the will of the Syrian nation.”

The statement also stressed that any attack on Syria would be unreasonable and against the will of the Syrian people and also against the interest of the international community. It would also intensify the state of insecurity throughout the region and the entire world, it added.

Signatories called for creating an international anti-war alliance to prevent the US from taking any military action against Syria, saying the attack would lead to massacre of a large number of civilians and weaken peace in that country.