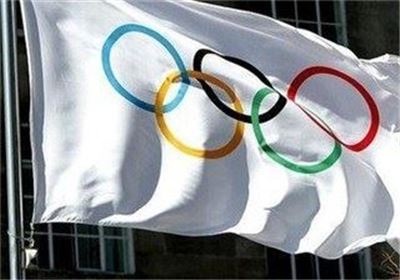 BUENOS AIRES, Argentina (AP) — Seven months after losing its Olympic place, wrestling was reinstated for the 2020 Games on Sunday when the IOC overturned a decision many members thought was a mistake.

The sport, which has ancient roots in the Olympics, easily defeated bids from baseball-softball and squash. It will now join the program of the 2020 Games, which were awarded to Tokyo on Saturday.

Wrestling, which was surprisingly dropped from the list of core sports in February, received 49 votes to win in the first round of secret balloting by the International Olympic Committee. Baseball-softball got 24 votes and squash 22.

The decision capped a frantic six-month campaign by the wrestling body FILA to revamp the organization and reshape the sport to save its Olympic status.

“With this vote, you have shown that the steps we have taken to improve our sport have made a difference,” FILA President Nenad Lalovic said. “I assure each of you that our modernization will not stop now. We will continue to strive to be the best partner to the Olympic movement that we can be.”

The vote followed final presentations by all three sports, with Lalovic promising the delegates that wrestling had learned its lesson.

“Today is the most important day in the 2,000-year history of our sport,” Lalovic said. “We feel the weight of that history. Remaining on the Olympic program is crucial to wrestling’s survival.”

Wrestling goes back to the ancient Olympics in Greece and has been on the program of every modern games except 1900. The sport was caught off guard when it was axed by the IOC executive board – a decision that surprised even most IOC members.

“We have made mistakes,” Lalovic told the IOC members Sunday. “We admitted but we decided to listen and learn. This is the only way to be a partner of the IOC. We are aware of our mistakes and they will not happen again. We have to update our sport, like any other sport, every day.”

The result was welcomed by IOC members as rectifying a mistake.

“We cannot imagine the games without wrestling,” said Sheik Ahmad Al-Fahad Al-Sabah, the influential Kuwaiti who heads the Association of National Olympic Committees. “Wrestling is a founder. Today was a great result.”

Squash was trying to make the Olympics for the third time. Men’s baseball and women’s softball merged into a single federation to try to return after being dropped for the 2012 and 2016 Games.

Raphael Martinetti resigned as FILA president within days of the IOC vote and was replaced by Lalovic.

FILA reworked its structure, giving women and athletes a role in decision making. It added two weight classes for women. It adopted rule changes to make the sport easier to understand and more fun to watch, and reward more aggressive wrestling.

Powerful countries and unlikely political allies like the United States, Iran and Russia threw their weight behind the campaign.

Each sport had 20 minutes to make its case to the IOC.

Don Porter, the American co-president of the World Baseball Softball Confederation, choked up and had tears in his eyes as he talked about receiving letters from young girls who were distraught when softball was dropped.

“We want to give every little girl and boy in the world a chance to play our game,” Porter said.

“Today we are the most popular sport in the world which is not part of the Olympic program,” he said. “As everyone knows, baseball is not just a sport, it’s a business.”

Squash federation chief N. Ramachandran said his sport would represent the future, not the past, an apparent dig at wrestling.

“We would be a partner you can trust,” he said. “Squash has never been in the Olympic Games. And we know what a great honor it would be for squash to join the sport program and add something new to Olympic experience.”

The whole process has been controversial. Wrestling’s return means no new sport will make the 2020 program, defeating the original intention.

Earlier Sunday, the IOC rejected a proposal by Canadian member Dick Pound to postpone a decision for five months to allow a new sport to get in.

“It seems to me the result of the exercise to date has been to remove wrestling, which is one of the truly traditional Olympic sports in the program, but then to add it back on to a list of possible new sports,” Pound said. “That seems to me to be somewhat self-contradictory.

“My sense is there’s a very strong feeling that wrestling should be retained. If that is expressed by the session then we’re back to where we started. There’s been no new sport added to the program.”

Pound suggested the IOC board should propose a new list at the next meeting in February on the eve of the Winter Games in Sochi, Russia.

IOC President Jacques Rogge defended the process, saying members had agreed unanimously – “I repeat unanimously” – to the system in 2007.

“We should act now,” Rogge said. “I think we should respect our own decision.”

The IOC members then approved the list of 25 core sports to allow the vote to go ahead.